“The best Spanish film of the year” – Pedro Almodóvar

From Friday 12th July Pablo Berger’s Blancanieves (2012) will be screened for two weeks (ending on Thursday 25th July) at Watershed, Bristol. And we are thrilled to announce that we have two tickets to give away to celebrate the film’s release in Bristol.

Over the course of the last few months much has been said about Blancanieves especially after the huge success of The Artist (2011) and the continuing interest of the silent era whether the films are from Hollywood, Europe or the rest of the world. To find out more check out Silent London’s blog post.

And just in case you still don’t know what Blancanieves is all about:

‘Forget the big budget, effects-laden recent Hollywood adaptations of children’s bedtime stories – this is the real deal, an original, silent, black and white take on Snow White that examines the much darker aspects of the Brothers Grimm fairy tale. Set in Seville in the 1920s, a famous bullfighter is widowed and wounded on the same day. Grief-stricken, he can’t stand the sight of his baby daughter, and she is sent to live with her grandmother. When she passes away, however, the daughter, Carmen, goes to live with her father and his monstrously wicked new wife (Maribel Verdu, a delectable villainess), who exiles her into the basement and forbids her from seeing anyone.

All very interesting! So, how to win two tickets to see Blancanieves at Watershed, all you need to do is answer this very simple question:
Which Spanish born film director, directed the following two films, Un Chien Andalou (1930) and L’Age d’Or (1930)?

Simply email the answer to bristolsilents@gmail.com with ‘Blancanieves Tickets’ in the subject header by the afternoon on Wednesday 10th July. The lucky winner will then be announced later that evening and we will email the lucky winner soon afterwards. Please note that the tickets are not refundable and that the winner will need to allocate a date to see Blancanieves at the Watershed between Friday 12th July – Thursday 25th July. Please be aware that some screenings at Watershed may not be available.

Good Luck! And Enjoy Blancanieves when it hits the screens! 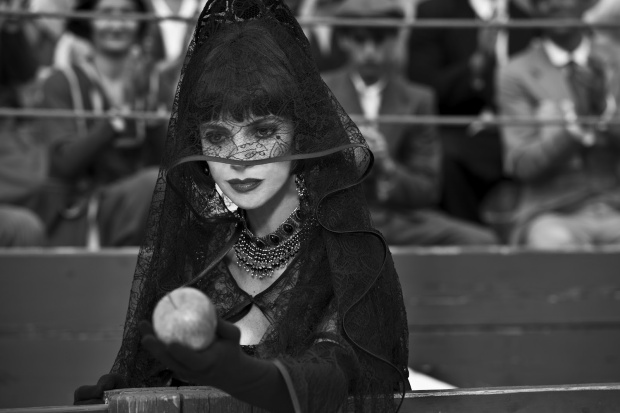 This entry was posted on July 1, 2013, 3:03 pm and is filed under Uncategorized. You can follow any responses to this entry through RSS 2.0. You can leave a response, or trackback from your own site.