Posted by Bristol Silents in Uncategorized on April 30, 2012 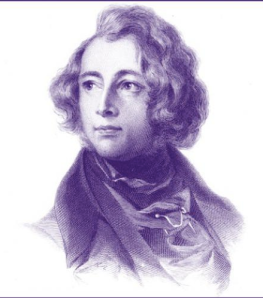 Charles Dickens was born 200 years ago this year. To celebrate this unique occasion Bristol’s Festival of Ideas and Watershed are collaborating to present a season of films and talks around Dickens. These include four Sunday Brunch screenings, illustrated talks and short films. For the full program visit FOI’s website here: Dickens On Screen

Naturally of course our interest is drawn towards the silent films screening as part of this season. There are two such events both of which we’re pleased to announce that we’re collaborating in the production of. If the news that there’s a couple more silent films hitting our screens in the next month isn’t exciting enough check this out: David Robinson will be introducing one of these films, Oliver Twist!

Dickens Before Sound – Silent Shorts Before 1914

Around 100 silent films were made from Dickensian sources, two thirds of which are now lost. This selection from those which still exist includes the first version of the oft-filmed A Christmas Carol, Scrooge (UK 1901); The Cricket on the Hearth (USA 1909); and Oliver Twist (USA 1909).

After Jackie Coogan’s heart-rending debut in Chaplin’s The Kid, his father formed a company to exploit the talented seven-year-old. Helmed by Dickens aficionado Frank Lloyd and with Lon Chaney adopting one of his thousand faces, the result was a charming, spirited production. Lost for decades, the silent, 1922 film was rediscovered in Yugoslavia in the early 70s.

Be especially careful if coming to this event as it clashes with the Bristol 12k runaround so give yourself extra time to get to Watershed.

We have been told there will be discounts for Bristol Silents members.

There is a snippet of this film over on Youtube but embedding has been turned off so we can’t put it on here. If you’d like to see it go here.

Neil Brand accompanied Oliver Twist in Glasgow in 2008 & the following interview is him in conversation talking about the film: